Stand up to EU! Boris urged to use Brexit freedoms to end e-cigarette ban fears Stand up to EU! Boris urged to use Brexit freedoms to end e-cigarette ban fears

Originally Posted on Express.co.uk on 10 October 2021

A FORMER Cabinet minister has demanded that Britain helps save millions of lives by using its Brexit freedoms to stand up to the European Union (EU) during the next summit on tobacco organised by the World Health Organisation (WHO).

David Jones, a former Welsh Secretary and Brexit minister, made his intervention after a leading anti-smoking campaigner accused the WHO of putting millions of lives at risk by trying to ban e-cigarettes which are 95 percent safer than traditional tobacco products. Clive Bates, the former director of the anti-smoking campaign group ASH, branded the WHO as “negligent and incompetent” and claimed that the global health body is “ignoring the science”.

There are concerns though that the WHO will not recognise the UK as an independent voice at its COP9 summit next month on tobacco products and smoking.

Instead, it will defer to the EU which shares its opposition to e-cigarettes as the voice for the Europe region.

Mr Jones insisted that the UK must use its newly won independent voice to explain the benefits of using e-cigarettes as a way of saving lives by getting people to switch from traditional tobacco products.

Around 8 million people a year die worldwide from tobacco-related health issues but the UK is one of the few countries to successfully use e-cigarettes and vaping to save lives. 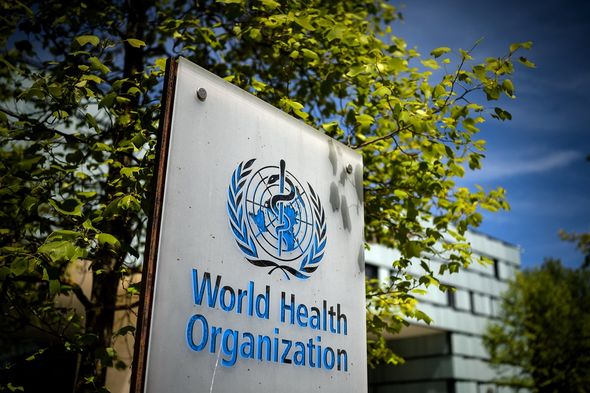 The WHO has claimed that there is “growing evidence” of risk from e-cigarettes (Image: Getty)

Mr Jones said: “The WHO has launched an anti-scientific crusade against vaping, which has been shown time and time again to help smokers quit. The organisation consistently praises nations who undertake ever more draconian measures against vaping.‘’

“These decisions cost lives, and the UK must take a stand. Just like the EU, the WHO is a bureaucratic body, unaccountable to the British people, and is aiming to control domestic health policy, to satisfy its own prejudices. ‘’

“Brexit offers us a unique opportunity to assert our sovereignty, and ensure our health policy remains unaffected by outside interference.’’

“Unlike previous COPs, the UK does not have to join the EU’s position. We are not bound by Brussels, we are independent and free to back the science, back Public Health England, and back our own health experts, over the WHO.

“We must not fall into bad habits and simply join the EU position because it would be the easy thing to do. Brexit meant control over our own policies. This is our chance to show the electorate what that means in reality. We must use our freedom to save lives.”

The WHO has claimed on its website that there is “growing evidence” of risk from e-cigarettes.

It said: “It is difficult to generalize on the risk to health of e-cigarettes as compared with cigarettes or other tobacco products, as this is contingent on a range of factors.

“Both tobacco products and ENDS pose risks to health.  The safest approach is not to use either.”

It added: “E-cigarette emissions typically contain nicotine and other toxic substances that are harmful to both users, and non-users who are exposed to the aerosols secondhand. Some products claiming to be nicotine-free have been found to contain nicotine.

“Evidence reveals that these products are harmful to health and are not safe. However, it is too early to provide a clear answer on the long-term impact of using them or being exposed to them.”

Thankfully the UK government has to date embraced reduced-risk products as part of its progressive smoking cessation strategy. This stance has worked and thanks, primarily, to the use of vapes, many smokers in our country have finally been able to quit using combustible tobacco.

However, there is a threat looming on the horizon which could put the advances we have made at risk, one which would have significant implications for the roughly 7 million remaining smokers in the UK. In just over a month’s time the UK’s world-leading vaping industry could be dealt a deadly blow with severe consequences for public health in our country.

In November, the World Health Organisation will host its ninth FCTC COP summit. FCTC COP9 – the ninth Conference of Parties to the WHO’s Framework Convention on Tobacco Control – will this year take the form of a virtual meeting place for WHO officials, government health representatives, NGOs and third parties from around the world.

During COP9, delegates from these groups will enter into discussions about the success and failure of recent and ongoing tobacco control initiatives. They will discuss how best the world can be convinced to give up traditional cigarettes, and they will debate matters such as law enforcement’s involvement in the illicit tobacco trade.

Given all of this you might think it logical that this would be exactly the kind of event where discussion on the obvious benefits of reduced-risk alternatives to smoking would be welcomed. However, you would sadly be wrong.

Over the past two years, as the world and the scientific community have been focused on the WHO’s efforts to combat the COVID-19 pandemic, the organisation has been working quietly to undermine the most effective methods for helping smokers to give up smoking combustible tobacco.

Unfortunately, there is substantial evidence that the WHO has long been anti-vaping and anti-reduced-risk products. This is despite vaping having been proven time and again to be less harmful than traditional cigarettes – with Public Health England classing vaping as being up to 95% safer than smoking.

There are also abundant examples of how vapes have helped smokers to quit, many of whom had been smoking for decades, and who had exhausted all other smoking cessation avenues. Similarly, there are numerous scientific papers which demonstrate the efficacy of vaping for smoking cessation and the ALL Party Parliamentary Group for Vaping, which I chair, has been fortunate to hear directly from many of the authors of these studies.

Currently, the WHO are pushing the inaccurate and discredited line that vaping is not only less effective at helping smokers to quit than the research would suggest, but also that they may be just as dangerous, and as damaging to an individual’s health, as combustible tobacco cigarettes.

Now, at the FCTC COP9, the fear is that they will attempt to manoeuvre the countries that are signatories to the FCTC to take a position that is against reduced-risk products which have been so effective in terms of tobacco harm reduction. Most worryingly of all, we have a positive story to tell.

Originally Posted on Express.co.uk on 10 October 2021