Originally posted on News.com.au by Frank Chung on 18th October 2021

The WHO’s “prohibitionist” anti-vaping policy will lead to “more death and suffering from smoking”, according to more than 100 global experts.

More than 100 global experts have slammed the World Health Organisation for a stubborn anti-vaping stance that is contributing to “millions” of avoidable smoking-related deaths.

In an open letter ahead of a global tobacco control meeting next month, the group of independent experts in nicotine science and policy have blasted the WHO for being “dismissive of the potential to transform the tobacco market from high-risk to low-risk products”.

“WHO is rejecting a public health strategy that could avoid millions of smoking-related deaths,” they write.

The letter is addressed to the Parties to the Framework Convention on Tobacco Control (FCTC) – a 2004 treaty negotiated under the auspices of the WHO with 168 signatories – ahead of the ninth Conference of Parties starting on November 8.

Emeritus Professor Wayne Hall from the National Centre for Youth Substance Use Research at the University of Queensland, and Dr Alex Wodak, emeritus consultant at St Vincent’s Hospital and chair of the Australia21 think tank, are also signatories.

Dr Mendelsohn said the WHO “remains grossly and persistently misinformed about tobacco harm reduction and does not understand that it is displacing smoking”, but that its approach was “influential”, particularly in low- and middle-income countries (LMICs).

“This will lead to more death and suffering from smoking, especially in LMICs where most smoking deaths already occur,” Dr Mendelsohn said. There are currently an estimated one billion smokers globally, around 80 per cent of whom live in LMICs.

Tobacco is responsible for around eight million deaths per year.

In its 2021 tobacco report released in July, the WHO reiterated its opposition to e-cigarettes, citing the risk that children who use the products are up to three times more likely to use tobacco products in the future.

“Nicotine is highly addictive. Electronic nicotine delivery systems are harmful, and must be better regulated,” WHO Director-General Dr Tedros Adhanom Ghebreyesus said at the time.

“Where they are not banned, governments should adopt appropriate policies to protect their populations from the harms of electronic nicotine delivery systems, and to prevent their uptake by children, adolescents and other vulnerable groups.” 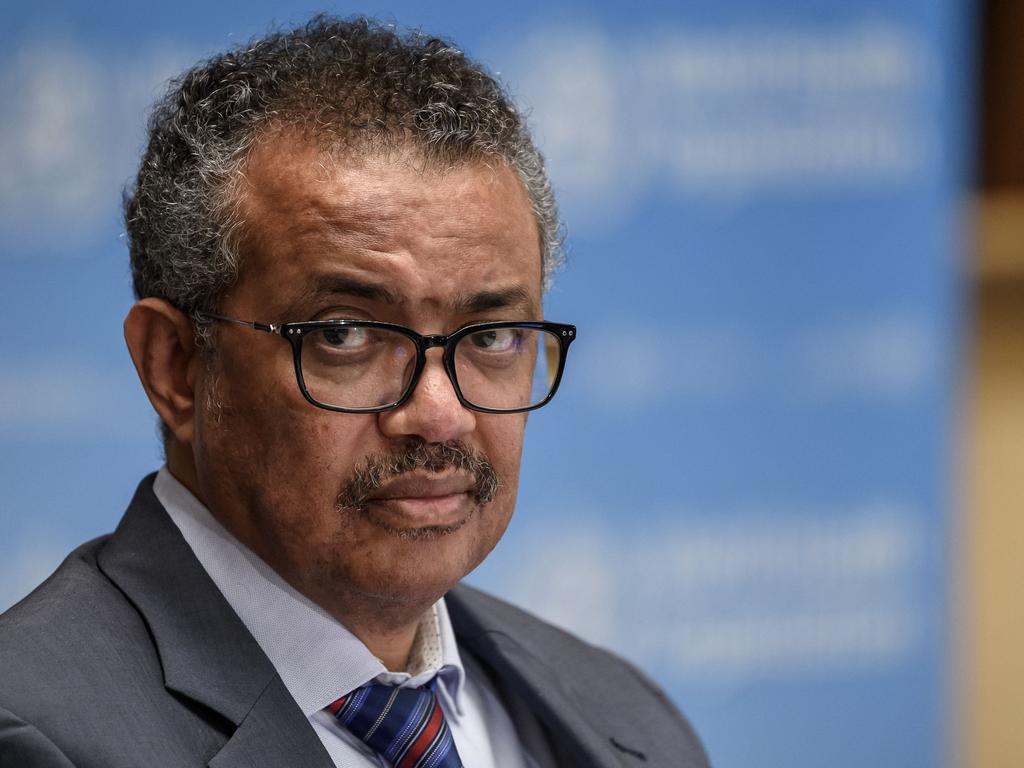 As of the start of this month, Australia has banned the importation of nicotine e-cigarettes after a “significant increase” in their use by young people. People can still buy the products if they have a prescription from their GP.

According to the WHO’s report, 32 countries have banned the sale of e-cigarettes and a further 79 have adopted at least one measure to clamp down on their sale, use or promotion.

That still leaves 84 countries where they have not been regulated or restricted in any way.

“More than one billion people around the world still smoke,” Mr Bloomberg said in July.

“And as cigarette sales have fallen, tobacco companies have been aggressively marketing new products – like e-cigarettes and heated-tobacco products – and lobbied governments to limit their regulation. Their goal is simple – to hook another generation on nicotine. We can’t let that happen.” In the letter to the WHO, which raises seven key points and makes six recommendations, the experts called on the body to “modernise” its approach to tobacco policy.

“Over the last decade, innovation in the tobacco and nicotine marketplace has meant there are now many nicotine products available that do not involve combustion of tobacco leaf and inhalation of smoke,” they write.

They note that cigarettes and other smoked tobacco products are responsible for the “vast majority” of deaths caused by tobacco use globally, and that smoke-free nicotine products “offer a promising route to reducing the harms arising from smoking”.

“There is compelling evidence that smoke-free products are much less harmful than cigarettes and that they can displace smoking for individuals and at the population level,” they write.

They acknowledged that there was “uncertainty as to the benefits and risks” associated with the products and noted the involvement of the tobacco industry.

“However, we must also consider the substantial body of evidence we do have and not allow excessive caution or residual uncertainties to deny smokers promising options to switch away from the combustible products that we know with certainty are lethal,” they said. A man smokes a cigarette in Manila. Picture: Noel Celis/AFP

Last year, the WHO was accused of running a “misleading” Q&A full of “blatant misinformation” about electronic nicotine delivery systems (ENDS), more commonly known as e-cigarettes.

In the Q&A, the WHO warned that “both tobacco products and ENDS pose risks to health” and that “the safest approach is not to use either”.

“The WHO has a history of anti-vaping activism that is damaging their reputation. This document is particularly malign,” Professor Peter Hajek, director of the Tobacco Dependence Research Unit at Queen Mary University of London, said in a statement at the time.

“Practically all the factual statements in it are wrong. There is no evidence that vaping is ‘highly addictive’ – less than 1 per cent of non-smokers become regular vapers. Vaping does not lead young people to smoking – smoking among young people is at [an] all time low.

“There is no evidence that vaping increases risk of heart disease or that could have any effect at all on bystanders’ health. The US outbreak of lung injuries is due to contaminants in illegal marijuana cartridges and has nothing to do with nicotine vaping. There is clear evidence that e-cigarettes help smokers quit.

“The authors of this document should take responsibility for using blatant misinformation that is likely to to prevent smokers from switching to a much less risky alternative.”

Professor John Britton, director of the UK Centre for Tobacco and Alcohol Studies and Consultant in Respiratory Medicine at the University of Nottingham, said the WHO document was “misleading on several counts”.

“It implies that vaping nicotine is the cause of the 2019 US outbreak of severe lung disease, when it was in fact vaping cannabis products,” he said.

“It says that there is no strong evidence that vaping is an effective means of quitting smoking, when in fact there is clinical trial evidence of the highest standard demonstrating that vaping is more effective than the nicotine replacement therapies that the WHO endorse.

“It responds to the question of whether e-cigarettes are more dangerous than tobacco cigarettes by suggesting that we don’t know, when in fact they are clearly less harmful. In these ways alone, the WHO misrepresents the available scientific evidence.”

Originally posted on News.com.au by Frank Chung on 18th October 2021